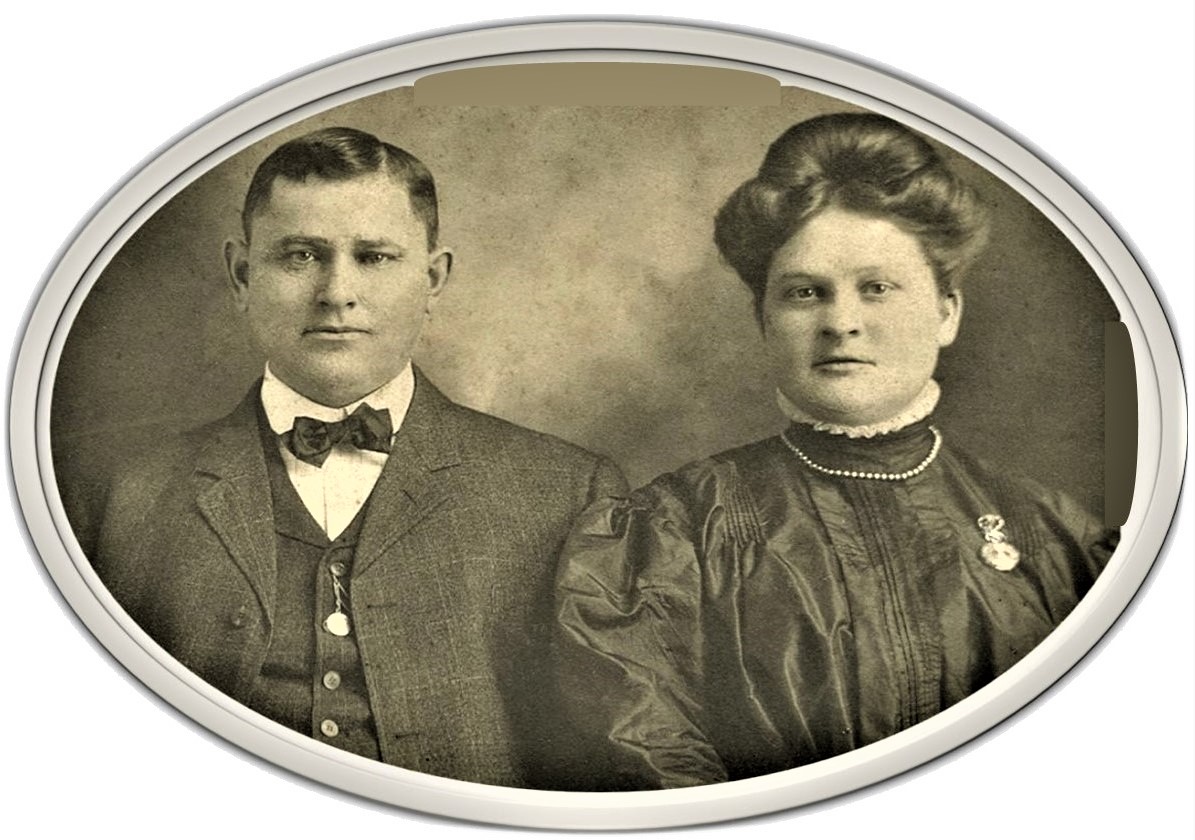 Harvey H. Green was born in 1853 in Ohio. Harvey lost his mother in early childhood and was adopted into a family where he lived until he became a young man. Harvey came to southern Michigan, where he had a family, and little is known about this family, except that he had a daughter, Elsie (Green) Smith. Harvey had only one sister Lucinda (Green) Ward Campbell, who moved to the Saginaw area.

Harvey came to the Remus area in the 1880s and was united in marriage to Elydia Cummings (The daughter of William and Harriet Cummings). Born to this union were two sons and two daughters: Arthur (Jack), Alpha, Ada, and Lester. Harvey and his family lived in the northeast rural Remus area. He was in the logging business and owned and operated a farm. He died at the age of 65 years. He was buried in the Wombolt Cemetery just south of Remus, Michigan Elydia (Lyde-Nan) Green lived her later years with Lester and his family during the warm months and with Alpha during the winter months. Elydia died in 1942 and was buried beside Harvey at Wombolt Cemetery.

Ada, the first child of Harvey and Elydia was born in Remus, Michigan, in 1881. She married Clinton Peak of Grand Rapids, Michigan. They had no children.

Arthur (Jack) Green, the first son of Harvey and Elydia was born on February 7, 1884. He married Florence Todd (The daughter of Stephen and Caroline Kahler Todd) (SEE THE STEPHEN TODD FAMILY). He farmed in the Remus area. They had no children.

Lester (Punch) Otis Green, the third child of Harvey and Elydia was born March 30, 1894, in Remus, Michigan. He married Alice (Ruth Cross, born December 5, 1894. She was the daughter of Thomas and Mary (Myers) Cross. (SEE THE JOHN T. MYERS FAMILY). They were married on May 5, 1915. Lester and Ruth raised eight children and another child, Eugene who died in infancy. He enjoyed his position as a catcher for the "State Road Giants", a Negro League baseball team. He not only farmed the land but also worked on the Public Works Act during the depression years. M-66 was built at that time. He died in 1945 after having appendicitis. Ruth died on March 10, 1983. They are buried in the West Wheatland Cemetery in Remus, Michigan. Their children were Winifred, Roscoe (Dewey), Thomas, LaMoine, Lester (Jake), Lorna, Doyle, and Robert.