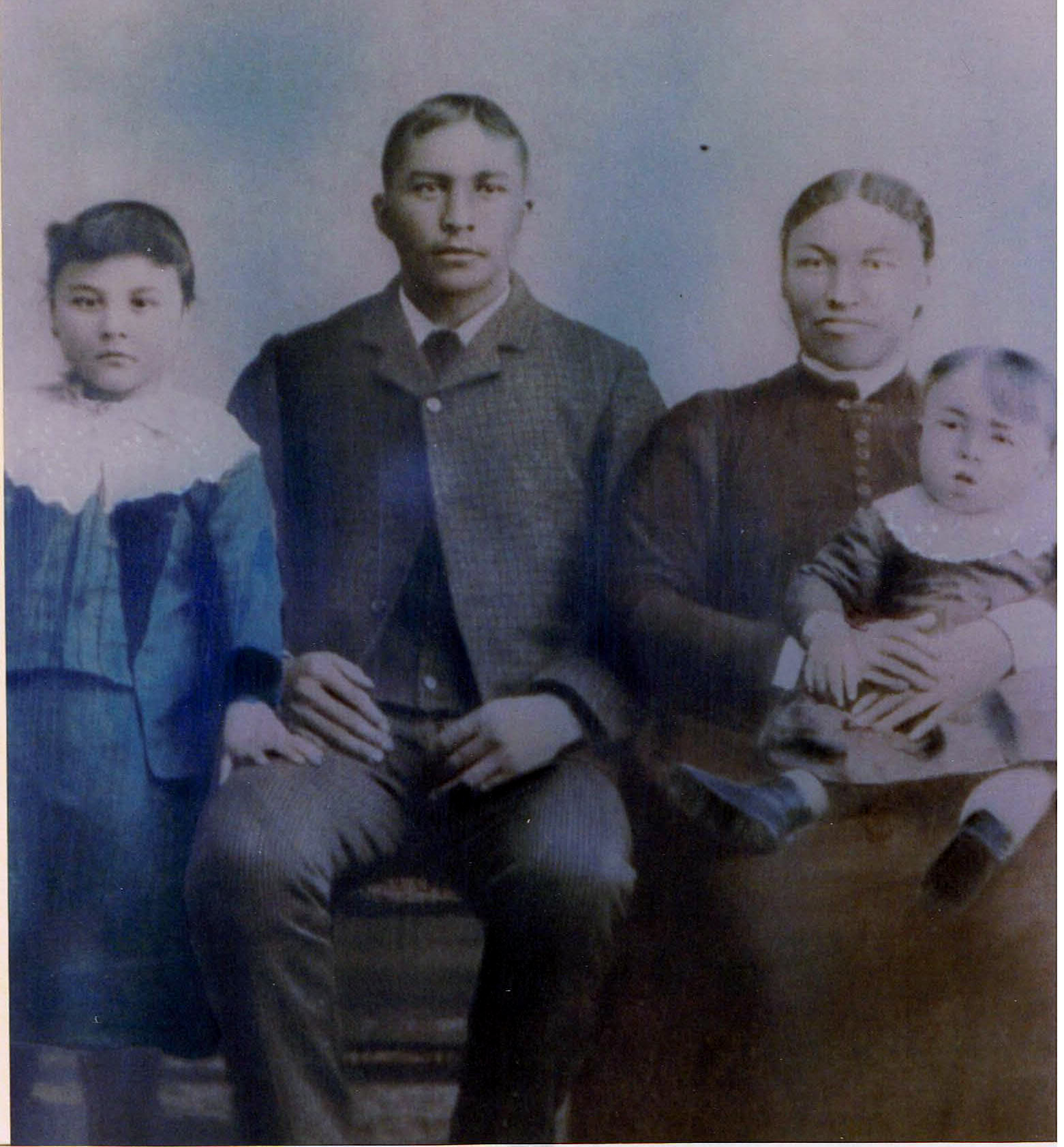 James K. Sawyer, son of William Sawyer and Sarah (Roberts-Scott) Sawyer was born October 20, 1859, in Randolph County Indiana. James married Armintha Lett on December 22, 1878, in Van Buren County, MI. Armintha was a daughter of Aquilla Lett and Sarah Jane (Caliman) Lett born January 1, 1857, in Muskingum County, Ohio. James and Armintha and their family lived in South Haven, Fenwick, and Hubbardston prior to their final move to Rolland Township in 1917. James died in 1939. Armintha died in 1941, both at their home.

The Sawyer Family Home, a large home built in 1874 by an Englishman, William Beckley. The home was occupied by three generations of Sawyer families for over 75 years. In 1917 James and Armintha purchased the home when they moved from Van Buren County. In 1936, Stanley and Wealthy moved into the home where they reared their family of seven children: Lyle, Worthy, Donna, Ione, Max, Peggy, and Robert. The children attended nearby Oberlin Grade School and Blanchard High School.